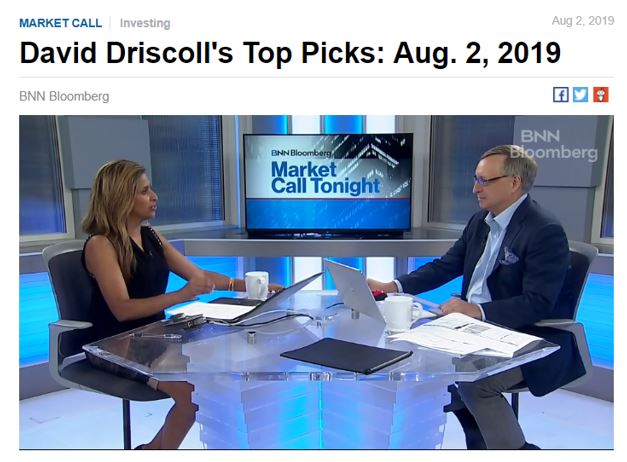 While some market analysts make the statement that the majority of this quarter’s earnings are positive, we disagree. We believe the S&P 500 Index is not trading at 19.21 times earnings but more like 21.79 times earnings, a 14-per-cent difference or overstatement.

We believe companies are using smoke and mirrors to fudge their earnings in three ways:

Our S&P Index ranges remain 3,700 on the high side and 2,200 on the downside. In the event of a “melt up” rally of 20 per cent, market valuations would be similar to the 1929 and 2000 peaks. If the S&P drops from 3,700 to 2,200, the difference would be 40 per cent on the downside. This is not a good risk/reward ratio to have. If you take $1 and go up 20 per cent and then drop 40 per cent, you’ll be left with 72 cents, not the original $1. And similar to 2008, it may take four to five years to get back to break-even. That could put retirements in jeopardy or those preparing to retire as nest eggs would be much lower and why we believe it’s important to hold some cash in the portfolio, be diversified globally and avoid correlation risk and concentration risk.

Chubb is a global property and casualty insurance company with subsidiaries in 55 nations. The best metrics to study for the insurance industry is book value growth and combined ratios. Year-to-date, net tangible book value is up 12 per cent, while the combined ratio is 89 per cent (89 cents of costs versus $1 of premiums written). Their entire investment portfolio of US$107 billion is made up of investment-grade bonds and cash, so if interest rates continue to fall, the value of the investment portfolio should grow.

Brookfield invests in real estate, power-generation assets and infrastructure holdings. An investment in Brookfield is to take advantage of long-duration assets that should provide sustainable returns while management fee income from its private equity pools enhances overall total returns. It’s also a quasi-hedge. If economic growth collapses, Brookfield, compared to other publicly-listed corporations, should be sheltered from an earnings collapse.

The Treasury inflation-protected bonds are another way to hedge against falling interest rates. Long-dated bonds have the greatest price sensitivity and rise the most in price when interest rates drop. An investor receives the 2.125 per cent coupon every year plus the inflation rate (currently 1.65 per cent) for a total coupon of 3.775 per cent. Add in the price return of 10.3 per cent and the total return year-to-date is 14.08 per cent in U.S. dollars. If the U.S. government continues to raise budgets and increase its deficit spending while wages continue to move higher, inflation could rise.

Anita Sharma: All right, time now for David Driscoll’s top picks, and this is a past pick that rewarded you quite handsomely—CHUBB.

David Driscoll: The other thing is, if interest rates continue to fall, CHUBB does ha-only owns government bonds and cash in your investment portfolio.

DD: So if rates go lower, then CHUBB’s going to make more money off these bonds.

DD: Again, they’re not having-they’re able to raise prices for the first time in like three or four years, so there is, um—the ability to grow earnings over the next little while. But all three top picks are more like “batten down the hatches and deal with what’s happening in the current.” So, if interest rates are falling, then CHUBB will benefit from it.

AS: Okay, let’s get to BAM. You’re picking one of the uh Brookfield’s here.

DD: Yup. Because private equity is illiquid, and BAM makes money off private equity and charges fees for all the funds they have. So if you have a 5 to 7% long-term 20-, 30-, 40-year time horizon for those kinds of returns and the markets start to crap out, BAM shouldn’t be hurt as badly.

DD: Yes. So, again, it’s just a matter of battening down the hatches and being able to protect yourself against any kind of market fallout. Li-uh- you know, the public markets can get hurt. BAM shouldn’t be hurt as badly.

AS: All right, and you also have a bond.

DD: I am throwing a bond at you.

DD: Two things; if Trump wants to run deficits and increasing budgets and wages rose uh, recently, because usually what drives inflation is-are wages. So, two things happen. If interest rates are falling, because it’s a long-dated bond, they tend to have the greatest price volatility, so they’re going to move up faster. They’re up about 10% year-to-date, this particular bond, because it’s a two and an eighth, plus the 1.7 inflation, plus the price movement. And this is not correlated to the stock market, so you’re getting a non-correlated asset, um, that can hold steady depending on whatever we get moving forward.

AS: Shout out to my Twitter buddy, Mark Tyler. He’s a former Merrill Lynch guy. He lives in uh Mexico now. He keeps Tweeting me, I think maybe every other day, “You need to buy the 30-year treasury in the U.S. Buy it. Hold it. Wait for the dust to settle.” Your thoughts?

DD: It is the U.S. Treasury, it just happens to have that inflation protection behind it as well. So, you’re getting more than the two and an eighth coupon, you’re getting price plus the inflation rate on top of it. And, I have no problem with that because, again, it’s a great diversifier. I don’t know of anyone that’s ever come on this show who was a guest who’s ever talked about inflation-protected bonds. And for our clients who have fixed income, 5% of their portfolio is in Canadian and U.S. inflation-protected bonds.

AS: How concerned are you, David, as we head into some more volatility now?

DD: See the bags under my eyes?

DD: Yeah, I’m very concerned, because I think we’re getting closer and closer. Sure, we could have a melt-up and a rally, for whatever reason, but when I look at the earnings and start to strip away and looking between the lines, I don’t see quality of earnings is going to push this market higher.

AS: All right, so bit of a shakedown, uh sooner rather than later?

DD: Because when you look at predictions, seven out of eight people are wrong. That often-

AS: Okay. We’ll just batten down the hatches like you said, get prepared, and position yourself accordingly.

AS: All right. David, always a pleasure to see you, sir.

DD: Thank you. You too, Anita.

AS: As always, folks, thank you, please consult a qualified financial advisor before you make any investment decisions. It’s a long weekend, have a great one! On behalf of our producer Aaron Sobeski, take it easy. We’ll see you Tuesday.