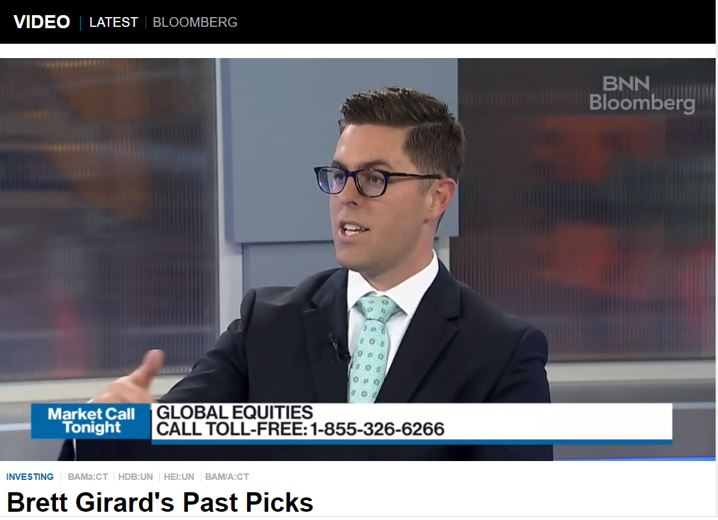 While the VIX remains just off 2019 lows, investors must remain vigilant and focus on portfolio management. The average retirement account holds three asset classes: equities, fixed income and cash. On the equity side, we recommend a portfolio of 30 stocks diversified by geography, industry and size of company. For fixed income, a laddered corporate bond portfolio and inflation linked bonds are critical. Lastly, we recommend holding cash in varying percentages to dampen the volatility of the market. An investor’s asset class allocations and the constituents within each asset class should be reflective of their time horizon and risk profile.

Taking this approach means investors can have comfort knowing their portfolio does not need to be adjusted for every news headline. For example, the bond market is pricing in a 0.25 or 0.5 per cent cut in interest rates by the Federal Reserve on Wednesday. Whether the cut happens, the magnitude of the cut is larger or smaller than expected and/or the language around the cut is dovish or hawkish, if an investor’s portfolio reflects their time horizon and risk profile, it’s unlikely any changes are required.

It would behoove investors to focus on the bigger picture. If your time horizon is longer than a decade, be in equities and be patient. The S&P 500 hit new highs 219 times this decade and can continue doing so over the long term.

Anita Sharma: Alright, we are with Brett Girard. It is time now for his past picks. Brookfield Asset Management, BAM, maturing 3% since May 27th of this year.

Brett Girard: So, let’s start and just zoom out.

BG: This has only been two months.

AS: Exactly. Of course.

BG: And whether it’s up or down, any of these stocks, it doesn’t really matter because it’s only two months. We- we look at holding periods of 10 to 20 years, so this is just a small fraction of that.

BG: Yeah, and the 10 year doesn’t really matter. It’s just for investors out there, if you’re looking two months, even three months, performance, open the aperture and think about the longer term. Because every time you sell it, you’re going to have to pay taxes. So, find good companies and hold onto them for the long-term.

BG: This is a fantastic company.

AS: It’s a beautiful chart.

BG: (Laughs) It’s a beautiful chart. They made the Oak Tree acquisition, ah earlier in the year, so now they’re managing about 500 billion in capital. They’re generating fees off of that capital, and as they sell assets within, they get carried. As an investor, you participate alongside management of Brookfield. So, it’s a really nice way to play infrastructure, real estate, and private equity, that most people can’t access in their portfolio.

AS: Or, if they have in other areas, they’ve been met with scandal and so on and so forth.

BG: Yes, that’s right, yeah. And it’s a Canadian name, so you’re not too worried about the effects because you can buy in Canadian dollars. Because they’re 500 billion of capital, they’re one of, if not the largest asset manager, depending on how you look at it in the world, they have scale. So, scale allows them to write big checks. They can take down a 5 billion dollar, 10 billion dollar asset, that most people it would be the size of their fund or even larger. So that gives them an advantage there, they have resources around the world, they literally invest in almost every developed country, and many developing countries right now. And over the long term, I think that the different types of assets that they have and the ways that they can creatively find these different assets are really interesting. So you know, just three assets that they own—they bought General Growth’s shopping malls in the U.S. at a distressed price because arguably retail’s coming off a cliff. I have a good feeling that Brookfield will figure out how to deal with that. They have pipelines in Colombia, and they have nuclear infrastructure—they actually bought G.E.’s nuclear business Westinghouse, I think last year, or two years ago.

BG: So for the long-term, fantastic company to hold.

AS: Alright, in the short-term, or maybe a long-term play as well, HEICO Corp. Now this is your play on Boeing, right?

AS: You happy with this return?

AS: But you’ve got to enjoy-

BG: But it doesn’t really matter. Again, we’ve got to look over 10 years and see what the 10 year chart looks like. Uh, it actually happened that it popped the day after I was on, so it just, just read my mi-

BG: Yeah, yeah. So, so with HEICO what you’re getting is exposure to all of these planes that are coming back into the fleet. So the Max 8’s been out, and now all these planes are coming back in, because there are still routes that need to get flown. So this over the long-term has been a very strong company. They also have an electronic technologies group that doesn’t deal with replacement parts, it actually deals with space. So, as the Jeff Bezoses and the Elon Musks of the world think about space travel, they’re going to end up using HEICO products in their whatever spacecraft or aircraft tend to look like-

AS: Don’t forget Raul or was it Richard-

BG: And, Richard Branson, of course. Yeah with chimef.

AS: Isn’t he the one who’s first? Seems like he’s first to plate there.

AS: But you never know, it’s a tight race. It’s interesting.

BG: They’ll all need HEICO at some point.

AS: (Laughs) There you go. All right, let’s round this out with HDFC Bank, it trades in New York.

AS: Now this one you made, okay you’re in the water a little bit, by about 6%, do you own this? Still?

AS: This is a long-term play? Yup.

BG: Ten to 20 years, right? So what we’re looking here is at the growth in India. The overnight rate in India has come down, but it’s still above 6%, relative to 2 and change where it is in Canada and the U.S. It’s the- India is the second most populated nation in the world. They’re only about 70 million people behind China. And they’re expected to eclipse China, I think it’s in the next two to three years. So, what’s happening is there’s a lot of people moving from the countryside into the city. As people move from the more rural agrarian lifestyle into this sort of urban or suburban lifestyle-

AS: Especially where the tech centers are located. Right? Yeah.

BG: Exactly. Nearby Delhi. They need to get banked. So, they need to go to a bank, there’s going to be deposits there, again, over the long-term, this is a great company, this is something that people should really think about. You know, instead of adding your fifth bank into your portfolio, your fifth Canadian bank, get something international. HDFC is a great way to go on that.

AS: That’s an interesting play because I—and I don’t know the stats offhand— but with respect to India, there’s still like a significant portion of people, and I guess a lot of them are rural-based so that makes sense, that don’t even have access to a bank right now. And I think under a second mandate Prime Minister Narendra Modi, that’s what he’s really trying to change. He’s trying to eradicate the black money situation and really get some more uh, transparency if you will, and get folks who are hiding their money under their mattresses to get to a bank.

BG: Right. And who stands to benefit from that? You know, HDFC is the second largest bank behind ICICI, so they’re you know, front and center with the political agenda there.

AS: All right, so you get a banking play, and you get an emerging markets play. Kind of a two-fer as we say, maybe even a three-fer. All right, Brett, thank you so much for that, we’re going to take a break here on Market Call Tonight. We’re going to be coming back with Brett Girard and your phone calls. 1 (855) 326-6266.

At the end of the video, there is a final slide at reads: DISCLAIMER. Market Call Tonight is intended to provide viewers with information about stock markets and financial activity. BNN Bloomberg recommends you consult a professional financial advisor before making personal investments of any kind. Derivatives trading involves a high risk of loss and is not suitable for most investors. Past performance is not a guarantee of results.